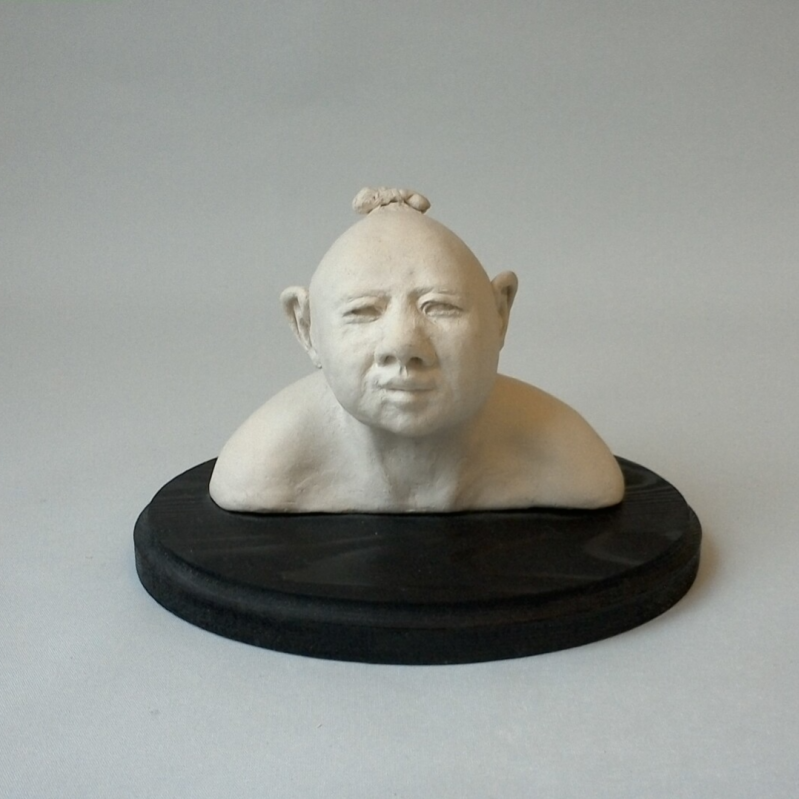 An ode to Schlitzie, immortalized in a small bust.

Schlitzie was an American sideshow performer. He was born with microcephaly, a neurodevelopmental disorder that gave him, among other things, unusually small brain and skull, small stature and severe intellectual disability.

He also starred in a few films, and is best known for his role in Tod Browning's 1932 film Freaks. One of my favorites from which I draw a lot of inspiration.